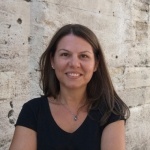 The management of the dead underwent major transformations in early modern Istanbul, owing to rapid population growth and its consequences in the city’s urban layout. Starting around the turn of the sixteenth century, the majority of the urban dead began to be buried outside the city walls in the newly emerging communal graveyards. As the physical space of the living and deceased residents of the capital gradually came to be separated, death and burial rituals started to be performed by individuals outside the immediate family or community members of the deceased. This was especially the case for those who did not have family or community ties in the city, such as immigrant workers, visitors, and students. This paper will examine the ritual processes by which corpses were prepared for interment, through washing, shrouding, and burial; funerals, coffins, tombstones, and graveyards were managed; and how individuals, communities, and institutions participated therein. In particular, my goal is to question (1) how urban transformations led to modifications in death and burial rites; (2) how those rites became professionalized and impersonalized through the early modern period (before they came to be medicalized in the modern period); and (3) how these changes created new relationships between the living and the dead in the physical, mental, and emotional landscape of Istanbul. In short, I will examine the rise of the funeral industry in Istanbul as an index of the sweeping changes in how death was governed in early modern Ottoman society.

Nükhet Varlık (PhD, University of Chicago) is Associate Professor of History at Rutgers University–Newark. She is a historian of the Ottoman Empire interested in disease, medicine, and public health. Her first book, Plague and Empire in the Early Modern Mediterranean World: The Ottoman Experience, 1347–1600 (Cambridge University Press, 2015; paperback 2017; Turkish translation: Akdeniz Dünyasında ve Osmanlılarda Veba, 1347-1600 (2017)), is the first systematic scholarly study of the Ottoman experience of plague during the Black Death pandemic and the centuries that followed. It received the Middle East Studies Association’s Albert Hourani Book Award, the Ottoman and Turkish Studies Association’s M. Fuat Köprülü Book Prize, the Society for the Medieval Mediterranean’s Dionysius A. Agius Prize, and the American Association for the History of Medicine’s George Rosen Prize. Her recently published edited volume, Plague and Contagion in the Islamic Mediterranean (Arc Humanities Press, 2017), is a collection of articles on the social, cultural, and political responses to epidemics in the post-Black Death Islamic Mediterranean. She has authored several articles and book chapters addressing different aspects of plague epidemics in Ottoman society and is currently working on a new book project titled, “Empire, Ecology, and Plague: Rethinking the Second Pandemic (ca.1340s-ca.1840s),” which examines the five-hundred-year Ottoman plague experience in a global ecological context. In conjunction with this research, she is translating and editing a number of sources pertaining to the history of Ottoman medicine, and is involved in multidisciplinary research projects that incorporate perspectives from molecular genetics (ancient DNA research in particular), bioarchaeology, disease ecology, and climate science into historical inquiry. She is the Editor of the Journal of the Ottoman and Turkish Studies Association.