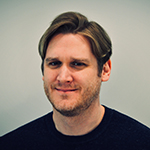 Rob Kashow holds an MA in religion from Yale University and is currently pursuing a PhD in religious studies and a MA in anthropology at Brown University. Broadly, he is interested in the intersection of religion, politics, and violence, with specific foci on the history and culture of ancient Israel and Iraq in the 1st Millennium BCE and the religion of modern day North American evangelical Christians. Given that these two data sets often overlap, he can also be found focusing his attention on issues related to Cultural Heritage, as well as ancient religious texts (especially the Bible) and modern politics.