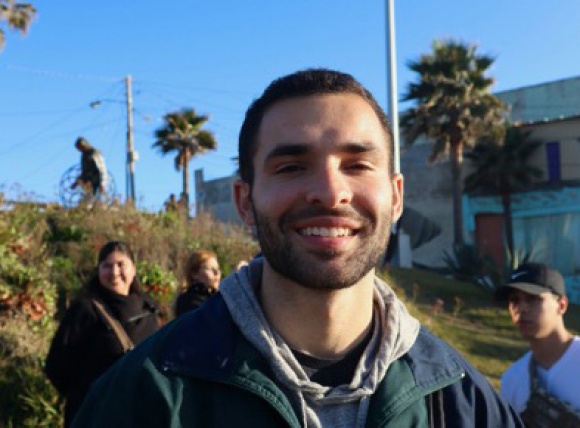 Jaylim Aboneaaj '22.5 is a double-concentrator in Middle East Studies and Public Policy. While at Brown, he has served as the financial signatory for Students for Justice in Palestine, tutor for the Brown Refugee Youth Tutoring and Enrichment program, and editor for the Brown Journal of World Affairs, leading two sections: the "Securitization of Islam" and "Global Inequality and New Imaginings." Additionally, this year, he captained the Brown Men's Club Soccer team, guiding them to a fourth consecutive Ivy League championship.

Academically and professionally, he is interested in transnational Palestinian financial and political networks, especially those in the Spanish-speaking world; the intersection of finance and policy, more broadly; and lastly, cross-border migration—particularly in the Middle East, the Mediterranean, and the Americas. He hopes to explore these interests further after this semester, first, at a summer internship with Barclays Bank in New York, and second, in his final semester of undergraduate, to be completed at the University of Granada in southern Spain, this fall.